The Fishing School has come a long way since 1990. Once operating from a former crack house on Wiley Street in Northeast DC on what had been dubbed “the worst street in America,” we are now headquartered in Washington, DC’s Deanwood neighborhood in “the big blue house.”

Thanks to the support of the community and our constituents, The Fishing School appeared on ABC’s Extreme Makeover: Home Edition in 2009. On each episode, the television show would bring together local officials, a builder, corporate supporters and scores of volunteers to demolish a building and build a new one in seven days.  The episode featuring TFS aired on February 14, 2010, and included special celebrity guest host Tyler Perry unveiling our new 6,700 square foot state-of-the-art facility. This building houses office space for volunteers, administrative, and support staff, as well as ample space for community engagement activities. In addition to numerous organizations and individuals, the project was made possible by the outstanding leadership and support of Burch Builders, Smith Fairfield, Inc., and the United Way of the National Capital Area.

Upon the opening of the facility, The Fishing School Executive Director Leo Givs said,

“This new facility allows us to increase the number of children and families we serve each year from 150 to 230. We are tremendously grateful for all of our supporters and the role the local community played in making this possible.”

Our facility was the largest building constructed in the show’s eight-season run and is also one of the most energy efficient. In partnership with the Department of Energy, the home builders utilized the latest “green” technologies, including an insulated concrete form foundation, triple-layer insulated windows, hybrid electric water heaters, a geothermal heat pump, energy star compact fluorescent lighting, solar panels and other green building techniques.

“What we have been able to do for our community over the last 20 years has been hard work, but it has also been heart work. This new building is truly a blessing and we will use it to continue to be of service to this city’s youth and their parents,” said Tom Lewis, founder of The Fishing School. 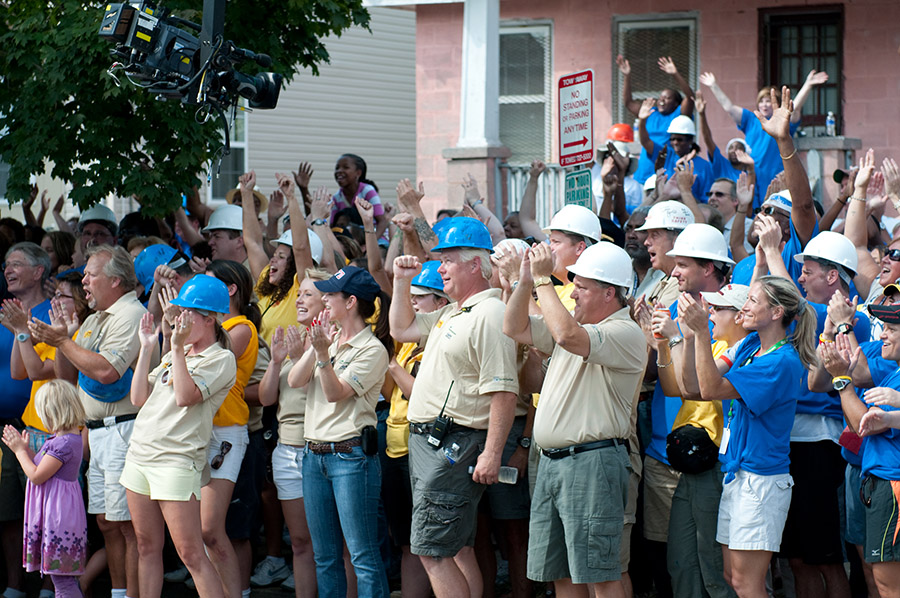