Memorial services will be livestreamed on YouTube on Thursday, March 18th at 3:30p.m.

Minister Lewis grew up in rural North Carolina. As one of 15 children, he never dreamed the path his life would take. After making his way north and working for several years, he was drafted and served in the Army. But upon an honorable discharge, he found himself alone in New York City, without prospects or direction, and one day walked into a church he had been passing. The pastor listened and told him to go home and pray, saying, “God loves you. God will help you. God will visit you.” And he did. Lewis said when he prayed and “talked to God,” he found himself suddenly filled with brightness, and at that moment, he became a changed man.

He became a Washington, DC police officer in 1965 and just three years later was one of very few African American officers sent to help quell the violent tensions in DC following the death of Dr. Martin Luther King, Jr. In the aftermath of that troubled racial time, and in an effort to restore trust between the police force and the community, Lewis was tapped for the “Officer Friendly” program, where he regularly visited DC schools and spoke with the students. What he saw and heard often broke his heart.

Many of the young children, whose familial relationships were problematic, responded positively to him. At times, some would ask if he would be their daddy. More than once, he had to step out of the classroom and into the hallway where tears would fill his eyes. He said later, “I saw myself in those kids.” Again, Tom Lewis prayed to God and this time he made a promise; that when he retired he would work to make a difference.

While still on the police force and with the help and support of his wife, Lucille, Mr. Lewis found the time to raise three children and earn an undergraduate degree from American University in 1975. Nine years later, still in blue, Lewis became a licensed social worker and an ordained Baptist minister.

Shortly after retiring from the DC Metropolitan Police Department in 1986 and unsure what he would do next, Lewis had a vision.  Two ideas soon coalesced and he had his direction. He remembered Jesus’s words to his disciples that “if you follow me, I will make you fishers of men” and an ancient Chinese proverb: “Give a man a fish and you’ll feed him for a day. Teach a man to fish and you’ve fed him for a lifetime.” Seven months later, Lewis had converted an abandoned crack house into an afterschool center and The Fishing School was born. As he has said many times since, his mission was to help neighborhood children to fish in the rivers of their minds.

To learn more about the legacy of Minister Lewis, we invite you to watch a documentary on his life, Redemption Stone.

Minister Lewis’ memorial service can be viewed on YouTube on Thursday, March 18th at 3:30p.m. 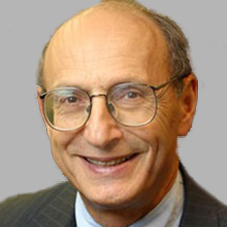 At the beginning of this school year, our dear friend Earl Silbert passed away leaving behind a legacy of extraordinary dedication and service to The Fishing School and his community.

Mr. Silbert was close friends with our founder, the late Mr. Tom Lewis, and began his service on our board around the turn of the century. His leadership came at a time when our organization was growing and seeking ways to expand the services provided to our families. He was integral to our transformation into an award-winning organization that has touched the lives of thousands of children and their families throughout the District of Columbia. Mr. Silbert was known for his integrity, his compassion, and his unwavering commitment to philanthropy; Board Chair Erik Causey remembers him fondly: “Earl was a beacon of grace and knowledge during his time on the board. We will miss him dearly.”

Perhaps best known as lead prosecutor for the Watergate case, Mr. Silbert’s 60-year esteemed legal career includes almost twenty years in government in the Department of Justice and the U.S. Attorney’s Office, as well as serving as the U.S. Attorney for the District of Columbia. He received numerous accolades throughout his career: Washingtonian magazine twice named him to its list of Washington’s top lawyers; he was named Washington, DC Super Lawyer and listed among the Top 100 Super Lawyers in the Washington area; and he was called “one of the most revered lawyers in Washington, DC” by the Journal of the American College of Trial Lawyers, among other important distinctions. In 2018, for our annual event, the DC Council passed a resolution recognizing his commitment to students in Ward 7 & 8 through his work with our organization. Mr. Silbert’s life-long commitment to creating a better world for all extended from the courtroom to the classroom.

As the initial prosecutor in the Watergate investigation, Mr. Silbert was used to high-profile cases. However, he felt the need to step out of the courtroom and volunteer his leadership skills to help increase access to educational opportunities for students in Washington, DC, and joined our board in the late 1990s. During his time as a board member with TFS, we have grown immensely, tripling the number of students we serve, expanding our budget, and adapting our services to provide programs directly in our school communities. We are grateful for his constant positivity and support during his time with us.

Fellow board member Terry Lineberger, who similarly served for a long period on our board, shared the following thoughts about Mr. Silbert:

“Sometimes when you reflect back on people, you remember the good and the bad: with Earl, I just can’t think of any ‘bad’. They say you may not remember what a person said, but will always remember how they made you feel – Earl always made me feel valued, welcome, and important; he was always happy to see and converse with me. He loved interacting with the kids and never missed a volunteer opportunity to do so.

I have nothing out warm, glowing memories of my 20 years interacting with him!”

We cherish his memory and all he has done for our students.